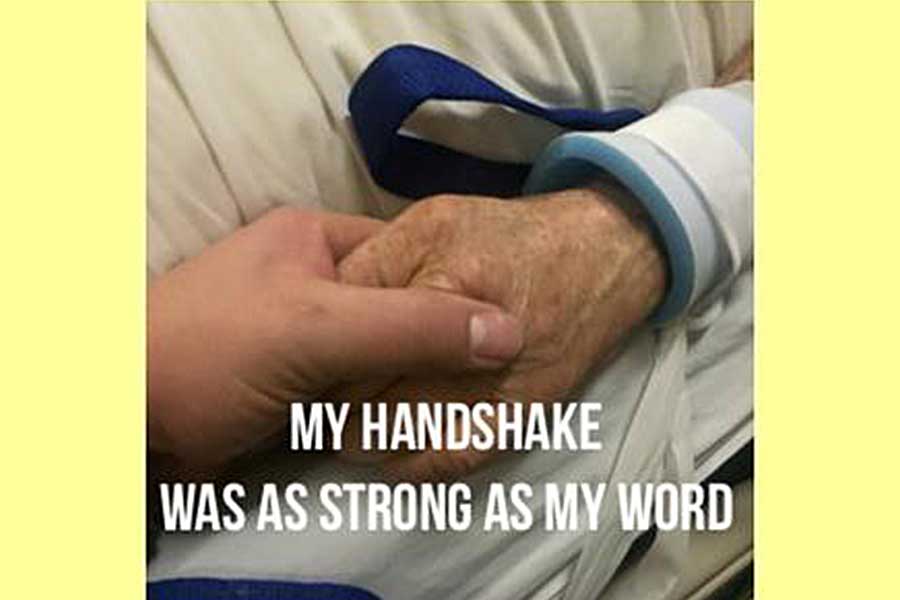 Today, I entered Dwight’s room so excited to see him!

I was hoping and praying he was still improving. Last week, I saw God work incredibly. So why stop now, right?

There he was laying, staring at the TV. As I rubbed his scabby forehead I said, “Hi sweetie, it’s me, Jessica.” He quickly opened just one eye, as the other is still damaged. I began to have a conversation with him. While I talked, he listened and made gestures and eye movements.

I asked him if he remembers the accident and he said yes! I told him how handsome he still was, and that I loved him so much and he batted both eyes at me. It was sweet. He started to mumble and it was clear! He first said ‘eat’, then ‘hungry’! I noticed his sheets were soaked so I grabbed the nurse. I told her he said he was hungry. She said “No, he can’t talk!” I replied “Yes ma’am, he said it a few times very clear.”

She looked shocked and said “Wow, someone must have perked him up!”

While they changed him, Pastor Joe and Betsy showed up to pray. They are amazing when it comes to dedicating prayer time for others. We walked in and Dwight was all freshened up. He was still saying hungry, eat!! They allowed me to give him a water swab stick to moisten his throat. I then introduced him to Pastor Joe. Dwight said “HI JOE!”