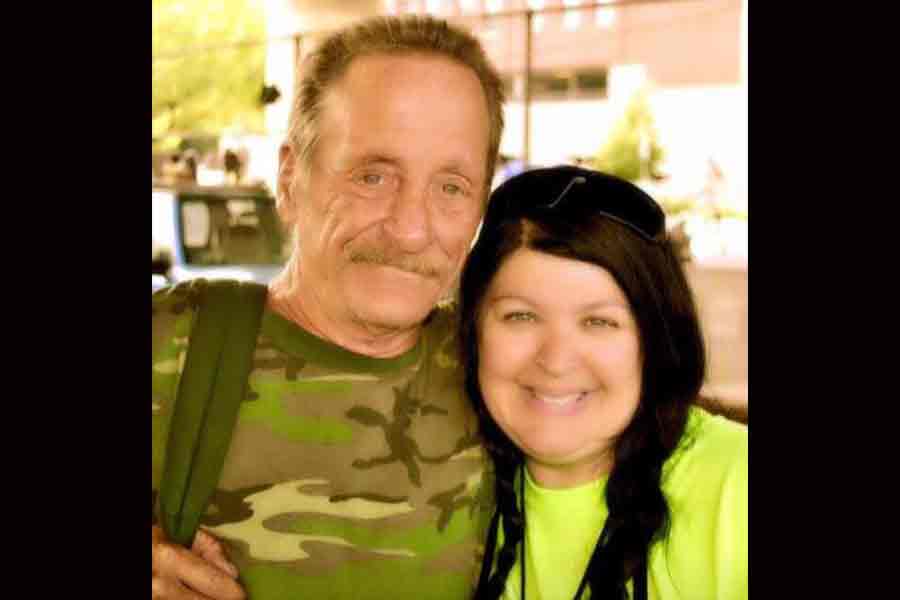 Last Friday night, one of our dear friends was hit by a car. We saw it on the news. Mike thought he might have known who it was when he saw the Carhartt clothing on the news flash. We didn’t get word till late Monday night that what Mike saw was right. That jacket belonged to one of the closest friends we have made through this ministry, Dwight.

Burdened all night, we went to see him on Tuesday. We arrived at Sacred Heart, representing the only family he has. He is beyond recognizable, with broken bones from head to toe and a bleeding brain. They have doubts he will come through. I can’t tell you how many hot tears I have shed, as I feel helpless and speechless and my emotions are beyond a mess.

Dwight is one of the sweetest men I have ever had the honor of serving, knowing, and loving. Dwight was not just another man I met at a feed. We met 4 years ago, before BUTB grew. About a year after we met he finally opened up and shared his past life with us. Dwight is fragile and suffers from social anxiety. In his early life he was a proud, sober father and husband. He was working on the oil rigs offshore making a good living. One day he received a call he needed to come home. His 13-year old boy was the victim of a drive-by and had died.

After that Dwight’s world crumbled. His marriage, home, and mind were gone. He ended up in an institution and was released 14 years ago. After that, isolation and beer became his safety net. I was so privileged that he trusted me that much to open up. He lived mostly alone in Spokane in private hideaway camps,  unable to deal with anything that was too loud, or to be around violence, or anger. Even happiness made him a little overwhelmed.

Soda Pop was his best friend and Carol Ann, Clay, Soda and Dwight took care of each other at camp. Dwight even walked Carol Ann down the aisle when we gave her a wedding. When she was hospitalized, he was like her father. Soda Pop passed away last year.

I’ve seen Facebook posts where Dwight’s been called “that transient”, “that bum”, people saying “he got what he deserved for being stupid crossing the road at night”.

No, he’s not any of those things! He is a sweet, kind, and quiet man whom I love so much. My gut hurts while my heart is pouring out for God’s mercy on his life. All he’s ever wanted in life were understanding and peace. Please pray for him with me.

His nurse is very nice and was happy to hear that Dwight has people who love him. Right now we have slim hope he will survive! Dwight you are not alone, I’m believing something good will come from this.