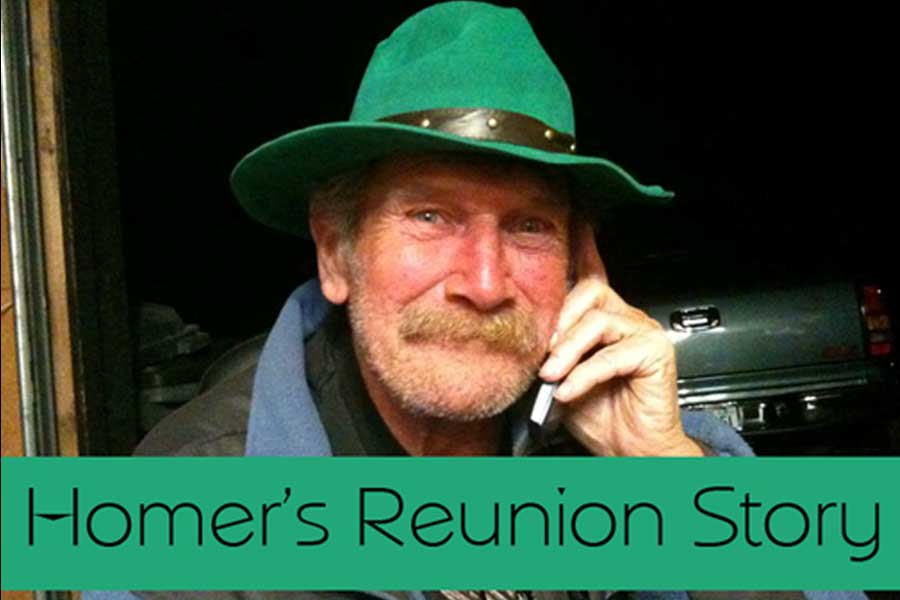 I decided to write this note since so many people are excited to know about the reunion! It’s still hard to grasp even now.

We arrived at the airport Tuesday, September 28, for our morning flight and met the U.S Marshall who donated the miles for this trip. He was a very genuine man, and shortly after we left, sent an email telling us that he himself, at 55, has not seen his grown daughter more than a handful of times. He ended the email saying “I understand.”

A great friend of mine, Lynne, who works for United, took care of all our baggage, reserved seats with extra leg room for us on the plane. She stayed in contact with Heather the whole day while we traveled, giving her peace of mind that her father and we were making our layovers and flights safely.

As soon as we were ready for takeoff, the flight attendant kindly announced, “Ladies and Gentlemen, please pray for Homer Hill as he heads to Jacksonville, Florida.”

Needless to say the tears began the minute we hit the air.

Homer has never been on a plane so we were a little worried about how he would handle two layovers and a day which included a 12 hour flight. He did great. We noticed on the last flight from D.C., his eyes began to sparkle like a kid in a candy store.

We told the family we would drive to their house after we got the rental car and checked into a hotel, but as we walked to baggage claim, there was Heather and Homer’s son, Shawn. I noticed her right away. Before I knew it, she smothered me almost to the ground and would not let go! I was so overwhelmed with her love and gratitude toward me, even though in a sense we were strangers.

I said “Heather, look there is your dad!” and she ran up and embraced him tightly. Homer was glowing and his son seemed a little scared. Shawn was 6 when Homer left so he does not remember a lot. But he looks EXACTLY like Homer. WOW!